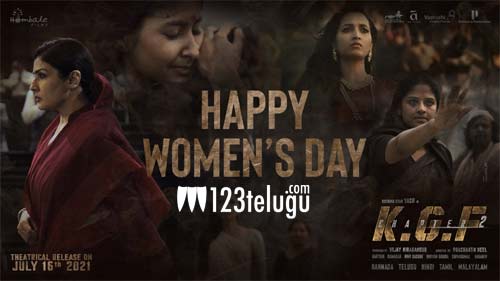 KGF 2 is a film that many are waiting for eagerly as it has Yash playing the main lead. Thanks to the first part, the craze for the sequel has gone sky-high now.

On the eve of women’s day, the makers, Hombale Films released a striking poster where the ladies of the film are highlighted. Raveen Tandon, Eeswari Rao, and the film’s female lead, Srinidhi Shetty are also showcased.

More than the poster, the caption that the director used for the picture is superb. “Not just today buy we celebrate women every day” posted Neel. KGF 2 is a solid project and is filled with action and adventure.