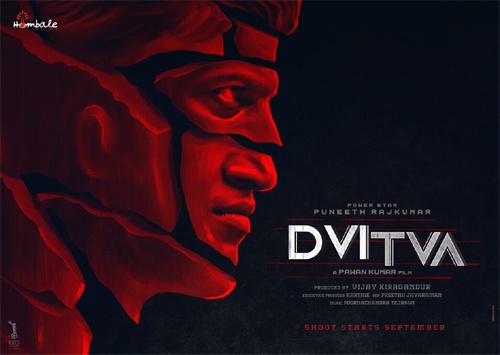 Yesterday, we had revealed that the makers of KGF would announce a biggie today. As promised, they have announced the film which will star Kannada superstar Puneet Raj Kumar.

The film has been titled Dvitva and the news is that it is going to be a physiological thriller. The project will be directed by Pawan Kumar and will go on floors in September.

The update is that the film will have a big Telugu release as well and will host some Telugu stars as well. Puneet Kumar will be seen in a different look as per the news.