Makers of Most Eligible Bachelor confirm release date
Published on Sep 7, 2021 11:00 am IST 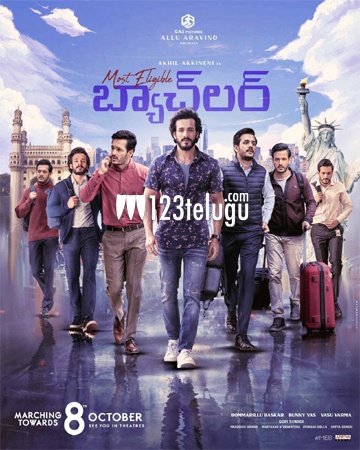 Akhil’s Most Eligible Bachelor has been in the making for quite some time now. The film has Akhil and Pooja Hegde as the lead pair and they look adorable in the posters.

So much was being said about the release date of the film but things were not confirmed. Today, the makers released a poster which revealed that the film will be out on the 8th of October.

Bommarillu Bhaskar is making a comeback with this film which has music by Gopi Sundar. The music has caught on well and the trailer will be out soon.