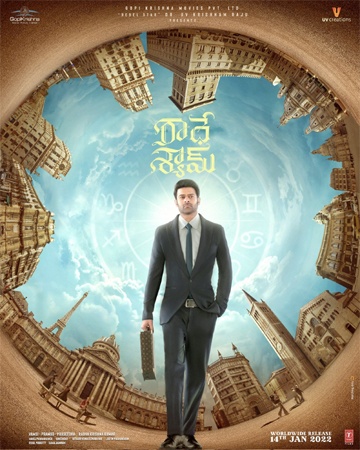 Radhe Shyam is a film that many are waiting for eagerly. The film is confirmed for 14th January 2022 as a Sankranti special.

But from the last two days or so, there have been reports that as RRR is coming on January 12th, the makers of Radhe Shyam have postponed their film.

But the news is that the makers have confirmed the film for a worldwide release on 14th January. The shooting is completed and post-production is going on now.

Prabhas and Pooja Hegde play main leads in this film. Radha Krishna is the director.