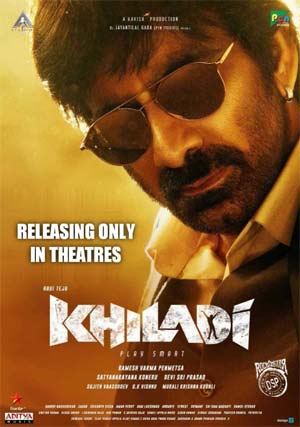 For the past couple of days, there have been rumors that Ravi Teja’s Khiladi will skip theatrical release and premiere directly on a OTT platform. Today, the makers have issued an official statement regarding the same.

“Khiladi was perceived and shot for a big-screen experience. The film will release in theatres only,” Satyanarayana, the producer stated.

The makers added that the film is shaping up really well and said they will be commencing promotions very soon. They affirmed that the film will indeed release only in theatres.