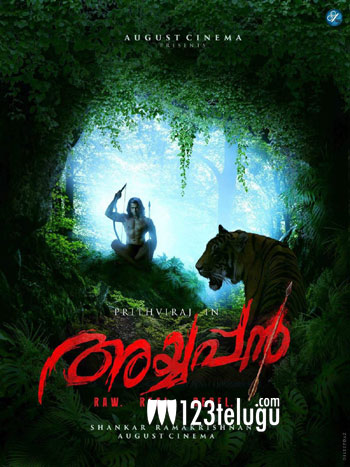 The state of Kerala and the Sabarimala Temple have been going through tough times for the last few weeks. In this volatile situation, a film on Lord Ayyappa has caught everyone’s attention.

Recently, Malayalam star Prithviraj’s latest film, Ayyappan, had its official announcement. The film will be directed by Shankar Ramakrishnan and produced by Prithviraj himself with a huge budget. The makers have announced that Ayyappan will also release in Telugu, Tamil, Hindi and Kannada, apart from Malayalam.

However, the makers have also clarified that Ayyappan will only showcase about Lord Ayyappa’s life as a man, before he was worshipped as a deity. A striking first look poster has also been unveiled, coinciding with the film’s announcement.