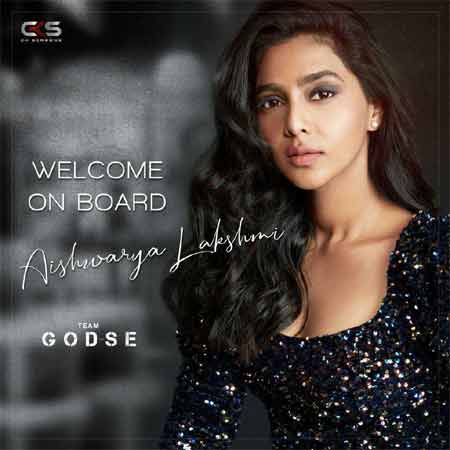 Talented Malayalam actress Aishwarya Lekshmi is currently working on Mani Ratnam’s Ponniyin Selvan. The young beauty will next be seen in Dhanush’s much-awaited crime thriller, Jagame Thandhiram. Now, Aishwarya is all set to foray into Tollywood.

Aishwarya Lekshmi has been roped in as the female lead opposite Sathyadev in the recently launched action drama, Godse. Apparently, Aishwarya will be portraying an author-backed role which has a lot of scope to showcase her acting skills. The film will be directed by Gopi Ganesh Pattabhi and produced by C Kalyan under CK Screens banner.