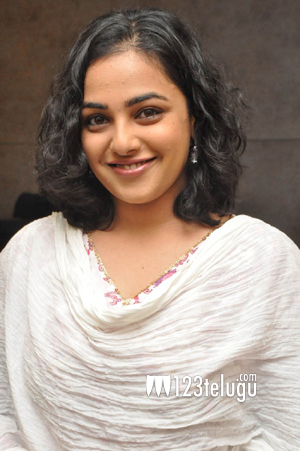 Nitya Menon who is riding high on the success of her last film ‘Gunde Jaari Gallanthayindhe’ is getting ready with her film titled ‘Malini 22’. This movie is the remake of a Malayalam movie titled ’22 Female Kottayam’.

The shoot of the movie has been going on at brisk pace and is nearing completion. Nitya Menon is playing the title role in the film. This movie will be a pure thriller and has tasted phenomenal success in the Malayalam Industry. Umarjee Anuradha and Gautham Kashyap are the dialogue writers of the movie and Anantha Sriram has penned the lyrics of the movie. Audio of the movie will be launched soon.

Sri Priya is the director of this film and Arvind-Shankar are the composers of the album. Rajkumar Theatres Pvt Ltd is producing this film. An official statement on the release date will be out soon.