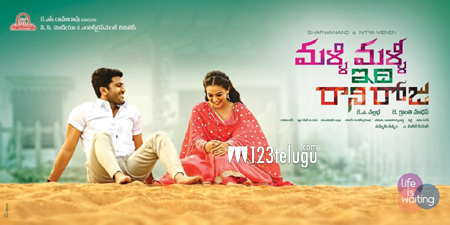 After having a successful run at the boxoffice in Telugu, the Sharwanand and Nitya Menen starrer ‘Malli Malli Idi Rani Roju’ is now gearing up to release in Tamil as ‘Nee Naan Naam’. Sharwanand scored hits in Tamil with Journey and Gamyam’s Tamil versions, while Nitya Menen is highly popular in Tamil for her films like ‘180’ and ‘Veppam’.

Craze for this dubbed version is quite high among the Tamil audience and trade circles. The Tamil version of this film may be released in March.