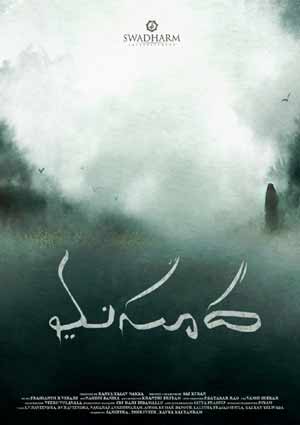 After producing two acclaimed movies in the form of Malli Raava and Agent Sai Srinivas Athreya, producer Rahul Yadav Nakka has announced his next project under his Swadharm Entertainment banner. Titled Masooda, the film will be directed by debutant Sai Kiran.

Masooda is touted as a horror drama. Young actor Tiruveer, popular for his Lallan Singh character in George Reddy, plays the male lead in the movie and Kavya Kalyanram, the cute little girl in Allu Arjun’s Gangothri, is debuting as the female lead. Actress Sangeetha will be seen in a crucial role in the movie.

Masooda will have its music composed by Prashant R Vihari, while cinematography is handled by Nagesh Banell. Here’s an interesting first look poster launched by the makers.