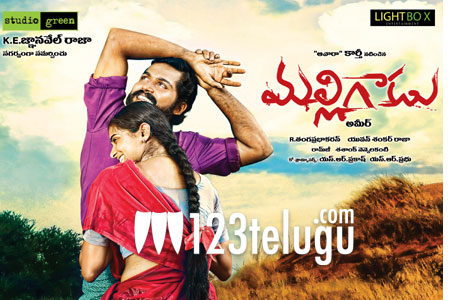 Karthi, Priyamani starrer Malligadu is gearing up for its big release on March 2. The film’s audio was recently launched and it doing quite well in the market. “It’s my privilege to act in a film like Malligadu. It is an intense love story and as an actor I am extremely happy to act in a film like this. It was a huge hit in Tamil Nadu and I hope the Telugu audience lap it up as well,” Karthi said. Priyamani had won a National Award for her performance in this film. Ameer had directed the film and Yuvan Shankar Raja has composed the music. Gnanavel Raja is presenting the film on Studio Green banner. In the past, three of Karthi’s films, Yugaaniki Okkadu, Aawara and Naa Peru Shiva did extremely well at box-office in Andhra Pradesh. Lets see how film goers receive Malligadu.