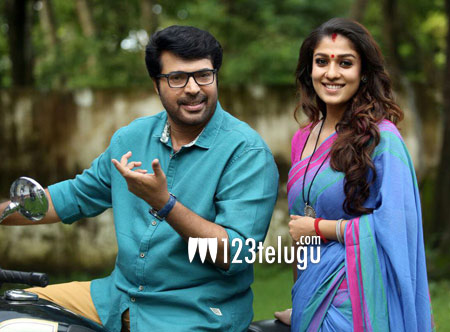 Released in February 2016, Malayali superstar Mammootty and Nayanthara-starrer Malayali thriller, Puthiya Niyayam, went on to become a good hit at the box-office. Now, this movie is being dubbed into Telugu as Vasuki.

Vasuki is the story of a lady who is after her neighbors to avenge her rape. This film was directed by SK Sajan and SR Mohan is releasing it in Telugu in May. National award winning composer Gopi Sunder has scored the music for this movie.