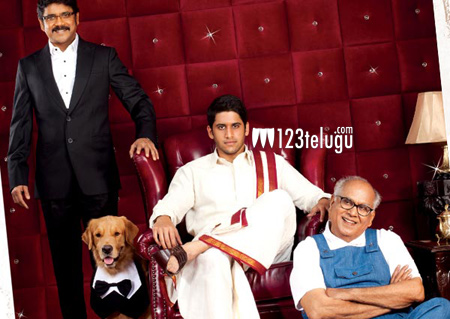 Manam also stars Samantha and Shriya Saran in lead roles. It’s the first time that three generations of actors from the Akkineni family are acting in a film and the film has assumed more significance since it was late ANR’s final film. In the past, Nagarjuna urged everyone to make Manam a befitting finale to ANR. Vikram Kumar has directed the film and it has been produced under Annapurna Studios banner.

Anup Rubens has scored the music for this film. The entire cast has described the film as a ‘feel good’ entertainer. More details about the film are expected to be revealed soon.