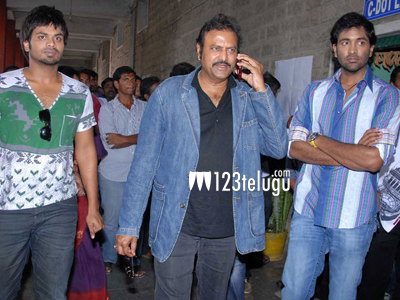 The shooting of the untitled film starring Mohanbabu, Manchu Vishnu and Manchu Manoj is progressing at a brisk pace. Srivas is directing this multi-starrer and it’s being jointly produced by Vishnu and Manoj under 24 Frames Factory and Lakshmi Prasanna pictures banner. The film’s shooting is currently going on in Bangkok and this schedule is expected to be wrapped up in couple of days. Hansika, Varun Sandesh, Tanish and Vennela Kishore were also part of this schedule in Bangkok and the entire team had a blast shooting for the film and spending quality time in Pattaya. Raveena Tandon and Pranitha Subhash are also part of the cast. More details about the film will be revealed soon.