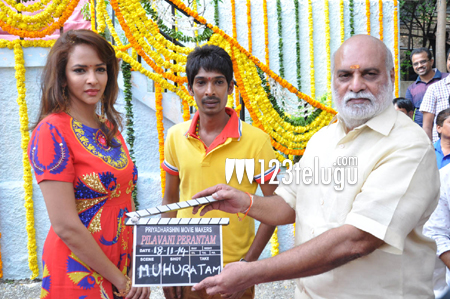 Talented actress Manchu Lakshmi, has become an actor to reckon with. She is not signing films in a hurry and has only been doing selective roles. Lakshmi will next be seen in a flick titled Pilavani Perantam. This movie was launched today and Venkanna Babu is the director.

Meanwhile, Lakshmi is also getting ready with her new film Budugu. She plays the central character in this film which is based on a real life incident. Budugu is directed by Manmohan and Sreedhar Rao plays the male lead.