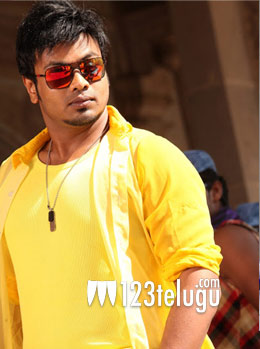 Manchu Manoj is one actor of the present generation who is always ready to experiment on various subjects and he is riding high on the success of his last film ‘Potugadu’, which is the highest grosser in Manoj’s career.

Manoj is usually known to be very closely associated with the crew of his films and he promotes his movies aggressively and hence most of the directors and producers who work with him are willing to cast him again. Recently Manoj was missing in action in ‘Potugadu’ functions post release and gossip mongers have churned out stories that he had a fall out with the producer. Manoj has finally put an end to the gossips by tweeting that he was busy with the shooting of his new movie and due to his hectic schedule he couldn’t adjust time.

Manoj’s reply has put an end to all the speculations that were doing rounds. He is right now busy with the shooting of two of his upcoming films.