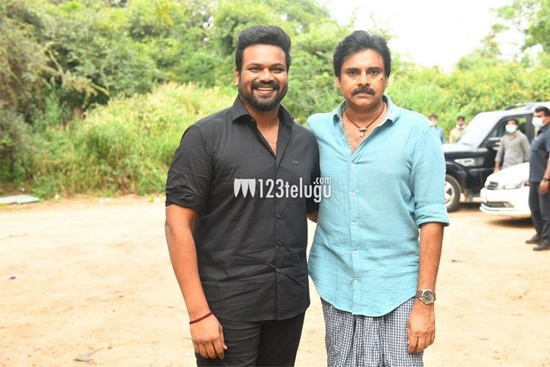 In a surprise development, hero Manchu Manoj met actor-politician Pawan Kalyan on Bheemla Nayak’s set earlier today. Both Pawan and Manoj interacted with each other for an hour and discussed about various topics, including the recent developments in the film industry.

Manoj meeting Pawan Kalyan just a few days after the recently concluded MAA elections a certain be raising many eyebrows. It is known that Pawan had made some striking comments on Manoj’s father and veteran actor Mohan Babu at Republic’s pre-release event in September.

Pawan’s comments naturally gave rise to several tense moments between him and the Manchu family. Even Vishnu had made a few sharp comments against Pawan during his campaign ahead of MAA elections. However, both Pawan and Mohan Babu buried there differences and hugged each other heartfully on the polling date.