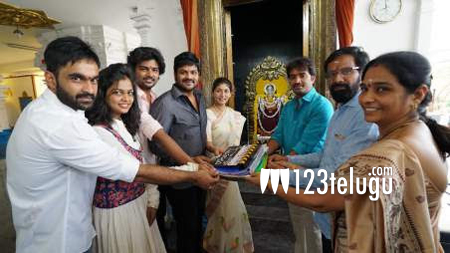 Post his marriage, Manchu Manoj is back to his busy schedule in Tollywood. His new project under the direction of ‘Siddu from Srikakulam’ fame G.Eswar was launched earlier today in a temple in film nagar.

Jashwant is producing this flick under his Jyothsna Films banner. The regular shooting of this untitled flick will commence from the second week of July. Major part of this flick will be shot in Dubai and the director announced that this movie will carry all the elements to entertain the audience.

It is also confirmed that Manoj will be romancing two heroines in this flick. Brahmanandam will play an important role in this movie. Remaining details regarding this project will be revealed soon.