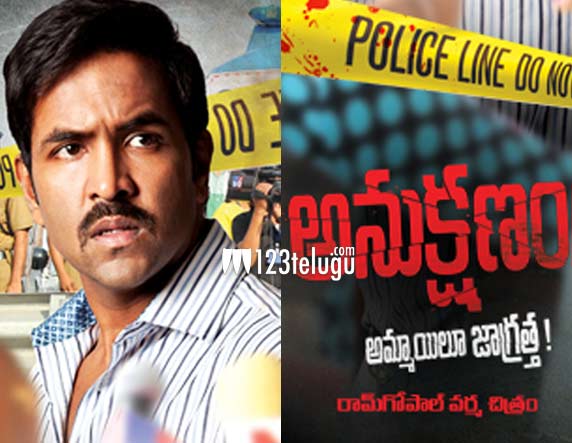 RGV is known to make movies on a rapid pace. He has proved this once again, and within no time, he has completed his next film with Manchu Vishnu. Tension Tension and 12 were the titles in consideration previously, but now according to the latest update, the film has been titled Anukshanam.

Tejaswi Madivada, Ice Cream’s lead is acting as female lead in this movie too. Vishnu has stated in several occasions that he has a good equation with RGV. They have given a huge hit in the form of Rowdy already. Navdeep and Madhu Shalini will also be seen in crucial roles in this film which will hit the screens soon.