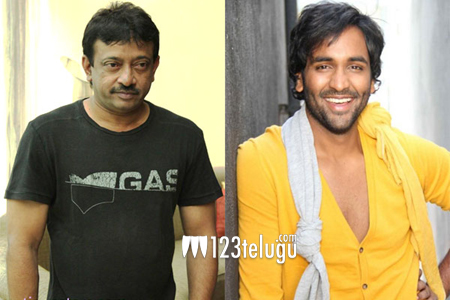 RGV is known to make movies quickly. He has proved this once again. Within no time, he has completed Ice cream and the movie is gearing up for release.

His next film is with Manchu Vishnu who is working with RGV after ‘Rowdy’. “Tension tension” and “12” are the titles being considered for the film. Tejaswi Madivada, Ice Cream’s lead is acting as female lead in this movie too.

Vishnu has stated in several occasions that he has a good equation with RGV. Navdeep, who is the hero of ‘Ice cream’ is doing a crucial role in this movies too. Once ‘Ice cream’ is released on July 11, this untitled movie will wrap up its shoot and will set to release soon.