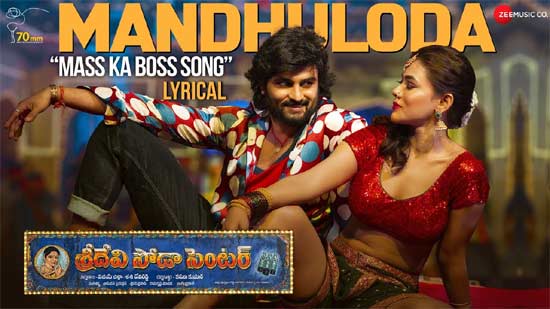 The makers of Sudheer Babu’s upcoming rural drama, Sridevi Soda Center, have just unveiled the film’s first single to take the promotions to the next level. Titled ‘Mandhuloda’, the song is inspired by a popular Uttarandhra folk song and it is an out-and-out mass number and fans can expect Sudheer’s energetic dance moves in it.