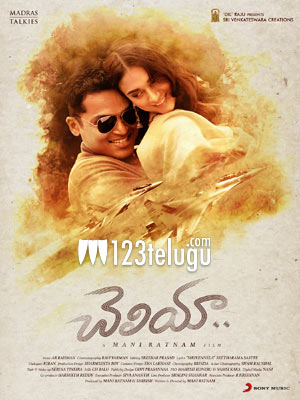 Even as the just released teaser of Cheliyaa continues to take ardent fans of Mani Ratnam into a nostalgic trip to revisit the master filmmaker’s signature romance, the latest update on the movie will double their excitement.

Cheliyaa will be hitting the screens worldwide on April 7th along with its Tamil version, Kaatru Veliyidai. The movie was supposed to be released on March 24th earlier, but looks like the post-production formalities will be taking some more time to be completed.

Cheliyaa stars Karthi and Aditi Rao Hydari as the main leads. The film has AR Rahman scoring its soundtrack. Dil Raju is planning to give a huge release for Cheliyaa.