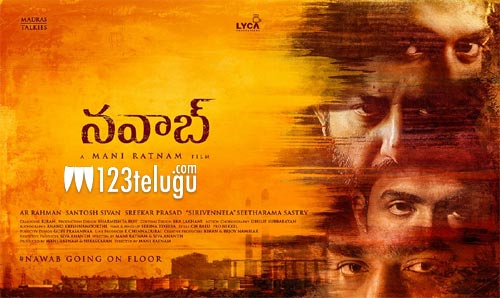 Mani Ratnam’s upcoming film, Nawaab, (Chekka Chivantha Vaanam in Tamil) is fast wrapping up its production formalities. As per the latest updates, the movie has already completed more than half of its shooting part. Currently, the shooting is underway on the outskirts of Chennai.

AR Rahman is composing the music and Santhosh Sivan is cranking the camera. Nawaab is slated for release in the second half of 2018.