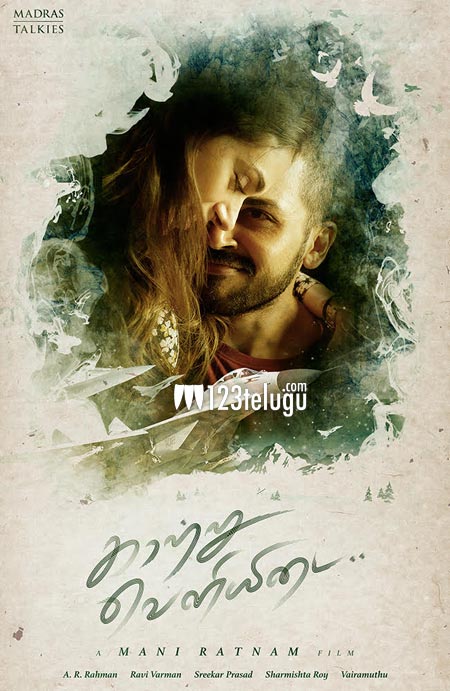 The first look poster of legendary director Mani Ratnam’s soon to be launched romantic drama, Kaatru Veliyidai, has been released this morning to a thumping response from his loyal fans. Going by the poster, the film promises to be a breezy romantic affair, as the title suggests.

Meanwhile, the unit of Kaatru Veliyidai has already reached Mani’s favorite shooting destination, Ooty, yesterday and preparations are on in full swing for the first schedule, which will kick-start tomorrow. The schedule will last for 40 days and the unit will then move on to Kashmir for yet another crucial schedule.

Tamil star Karthi and Bollywood beauty Aditi Rao Hydari are playing the main leads in this film. Mani’s regulars, AR Rahman and Sreekar Prasad, will take care of the music and editing departments.