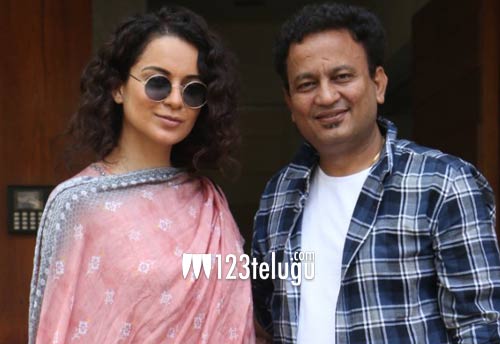 Bollywood trade circles spent some tense moments earlier today when news broke out that Kamal Jain, producer of Manikarnika, was hospitalized after he suffered a paralytic stroke. Early reports suggested that his health condition is quite serious and that he was on ventilator. Considering that the film is slated for release on January 25, the news became a huge cause of concern among distributors.

However, within few hours after the news broke out, Kangana Ranaut issued a statement that Kamal Jain’s health is improving after he was hospitalized a week ago. She also urged the people and distributors to not believe in rumours about Kamal’s health. It looks like she is quite determined to ensure the film’s release on the date that they had finalised before.

The film was initially directed by Krish; however, Kangana took over the project to direct it after Krish moved on to make the biopic of NTR.