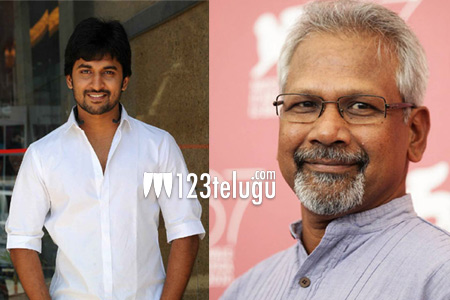 It is a well known fact that Nani has been yearning to act in acclaimed filmmaker Mani Ratnam’s direction since many years. Some time back, there were reports that Nani might act in Mani Ratnam’s next film.

But if the latest reports are to be believed, this project has been shelved due to unknown reasons. Issues in script Stage are said to be the reason for this.

Mani Ratnam is said to be preparing another script. Currently he is also busy in the pre-production works of his upcoming film with Dhanush. Nani is busy shooting for his next film in the direction of Hanu Raghavapudi of Andala Rakshashi fame.