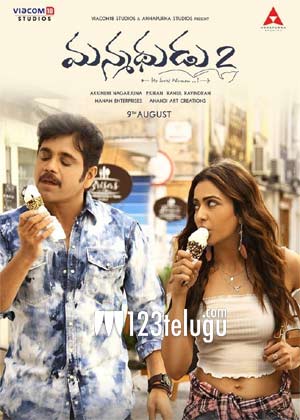 We have been bringing you the detailed pre-release business of Manmadhudu 2 which will hit the screens this Friday. The latest we hear is that the overseas rights of the film have been sold for 1.75 crores.

The film has a good buzz and needs to take a good start on the opening day and If the film gets good reviews, the amount said above will be easy for the makers to achieve.

Rahul Ravindran directs this film which has Rakul Preet as the female lead. Vennela Kishore will be seen in a hilarious role in the film. The overseas premieres have been set for August 8th in a grand manner.