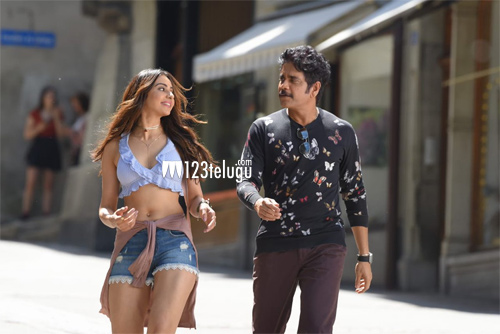 The shooting of Manmadhudu 2 has completed a week back and the post-production is on in full swing. Now, the latest we hear is that Nagarjuna has commenced the dubbing part of this comedy caper.

Rahul Ravindran directs this film which has Rakul Preet in a lead role. The film is not a sequel to Manmadhudu as Rahul has modified the subject after taking the base from a French film.

Nagarjuna himself is producing this film which has Lakshmi, Jhansi, Samantha and Keerthy Suresh in special roles.