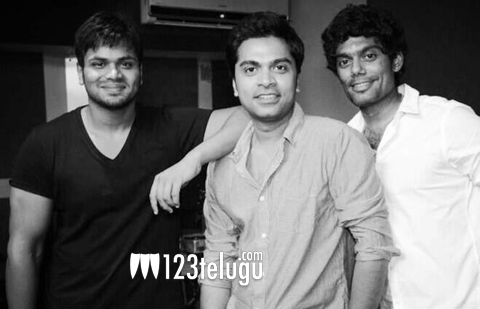 Tamil actor Simbu is going to croon yet another song for a Telugu film. In recent few months, he has sung a song in NTR’s Baadshah and Backbench Student. The latest news is that Simbu has teamed up with Manchu Manoj to sing a song for the latter’s upcoming film Potugadu. The two actors have already completed recording for the song. “Finished recording an awesome song for Potugadu with super star @iam_STR voice .. Thanks Nanba (mithrama) u rock :),” Manoj revealed on Twitter. The entire shooting of Potugadu has been wrapped up, except for two songs and the shooting is currently going on in Hyderabad. Sakshi Chowdhary, Nathalia Kaur and Simran Kaur Mundi are playing the lead roles. Pawan Wadeyar is the director and it’s being produced by Sirisha and Sridhar under Ramalakshmi Cine Creations banner. Chakri and Achu are scoring the music.