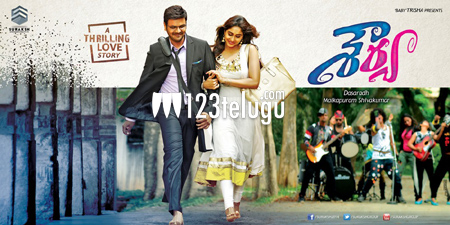 Manchu Manoj has always been associated with some hardcore action and comedy films in the past. For the first time in his career, he has shifted gears and will be seen in a very subdued and different character in his upcoming film Shourya.

The film which is up for release this Friday is a romantic thriller and reports reveal that Manoj’s character will be quite shocking and the young actor has given a splendid performance in the film.

The trailer of the film has evoked huge interest among everyone and Manoj is quite confident that he will get a good break in his career with Shourya. Regina Cassandra is cast as the female lead and Dasarath has directed the film.