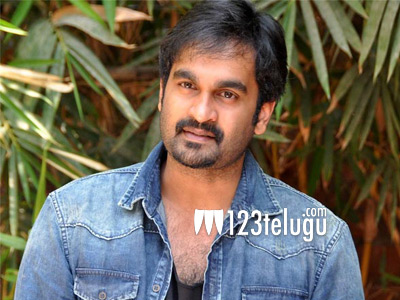 Star comedian Brahmanandam’s son Gautham is ready with a new film after a long gap of 4 years since his last film, Basanthi. Titled Manu, Gautham’s upcoming film is an experimental romantic drama. The film’s teaser was released a few months ago and impressed movie connoisseurs with its aesthetically shot visuals.

Gautham visited Tirumala along with his family this morning. Interacting with the local media, the actor spoke at length about Manu and expressed complete confidence in the movie. Gautham said that Manu will offer a unique experience to movie lovers.

Manu’s post-production work is nearing completion. The movie will hit the theaters in a couple of months. Phanindra Narsetti makes his directorial debut with the movie. Chandini Chowdary is playing the female lead. Manu has been produced with a budget of 1.20 crore. The money was sourced via a crowd funding campaign.