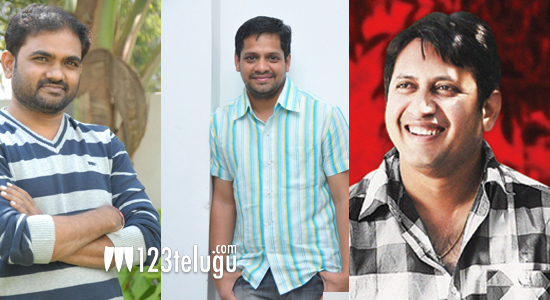 Director Maruthi, who is on a roll with a string of Box Office hits, is going to team up with his longtime friend and producer Bunny Vasu. The film will be produced on Batch B Entertainment banner. Noted PRO Sreenivas Kumar (SKN) will be the co-producer of this venture.

The official press note does not reveal too many details. “A leading hero and heroine will be seen in our film. It will be a youthful entertainer and top class technicians will work on our project”, it says.

Bunny Vasu, SKN and Maruthi are friends in real life and they are now collaborating successfully in their professional lives as well.