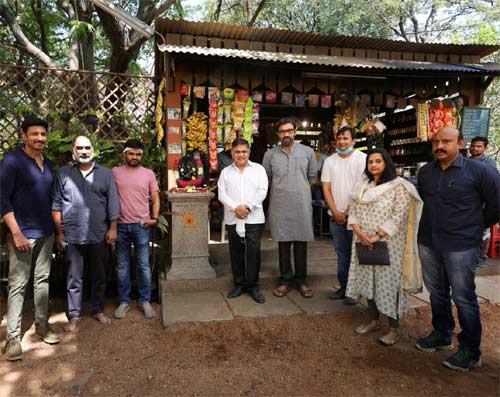 It is a known fact that Maruthi is doing a film with macho hero Gopichand. The film titled Pakka Commercial was also announced a few weeks back.

The latest update is that the shooting of the film has started today in Hyderabad. Allu Aravind and several other industry people graced the sets and wished Maruthi and his team.

Gopichand will be seen in a really different role in this film that has Raashi Khanna as the heroine. The film will be out on the 1st of October. GA 2 Pictures and UV Creations jointly produce this film.