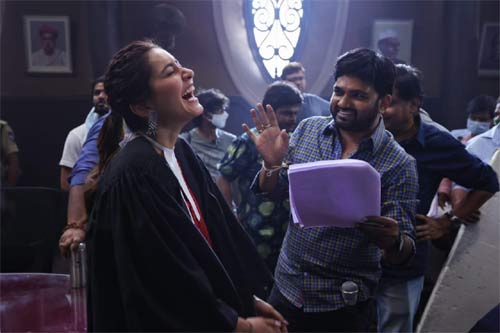 Maruthi is a top director and has made some of the biggest hits in the recent past. Post Prati Roju Pandage, he took a lot of gaps and started a film called Pakka Commercial with Gopichand.

Raashi Khanna has been roped in as the heroine and she will be seen in one more crazy role. In Prati Roju Pandage, Raashi was seen as Angel Arna who is a Tik Tok Celebrity.

In this film as well, Raashi has been given a crazy role as per the update. Raashi is seen as a lawyer in the latest working still of his film which will be out in October. Let’s see when this film comes out.