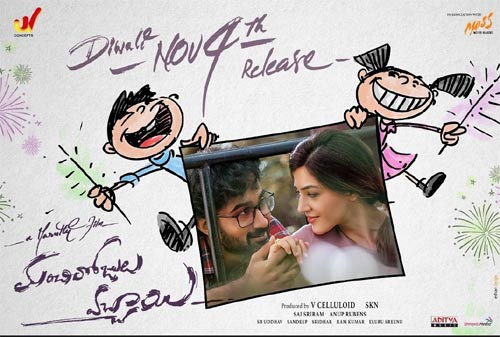 It is known that director Maruthi is coming up with an out-and-out entertainer titled Manchi Rojulochaie. The film features young actors Santosh Shoban and Mehreen Kaur in lead roles. The recently released Ekkesinde song received a decent response.

Anup Rubens has composed the soundtrack. The film is produced under V Celluloids and SKN and presented by UV Concepts and Mass Movie Makers banners.