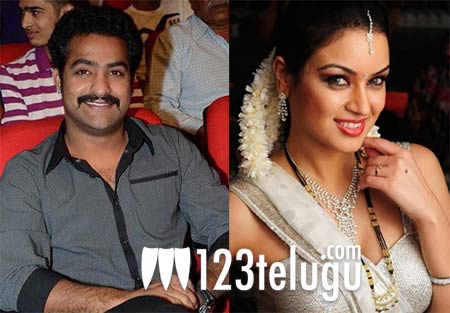 Maryam Zakaria will soon be seen in an item number in Dhammu. Few days ago, we had reported that NTR will be dancing with four beauties including Trisha, Karthika, Rachana Mourya and Tashu Kaushik. However, Tashu Kaushik had opted out of the song at the last moment. Now, Maryzam Zakaria has replaced Tashu Kaushik in this item number which is being choreographed by Prem Rakshit. The song will be shot for three more days. Boyapati Srinu has directed the film and Alexandar Vallabha is producing it. M M Keeravani has composed the music. The film’s audio was recently launched and already the songs have got a terrific response from music lovers. The film is expected to hit the screens on April 27.