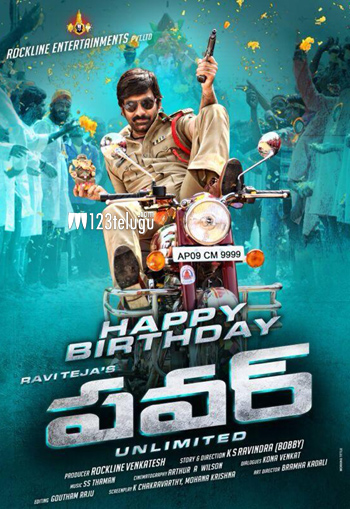 Mass Maharaja Ravi Teja has scored a number of solid hits at the Box Office. He tasted success last year with the film ‘Balupu’ and he is gearing up for yet another mass action entertainer this year in the form of ‘Power’.

The movie’s first teaser was well received by movie lovers and it has generated more than 4 lakh views on Youtube, making it a record for Ravi Teja. ‘Balupu’ director Bobby is handling this movie and Rockline Venkatesh is the producer. ‘Power’ will come out as a summer entertainer.

Ravi Teja will be seen as a police officer in this film and Hansika is the leading lady. Thaman is composing the music for the film.