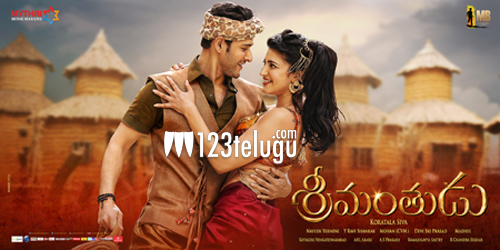 Srimanthudu was Mahesh Babu’s biggest hit till date. The movie broke several records and brought back Mahesh Babu to the number one position once again. Now, after a long run at the theatres, the film is finally being telecast on Zee Telugu today.

The craze surrounding the television premiers is huge as audience are eager to watch this blockbuster yet again on small screen. Directed by Koratala Shiva, this film had Shruthi Haasan as the female lead and was produced by Mytri movie Makers.