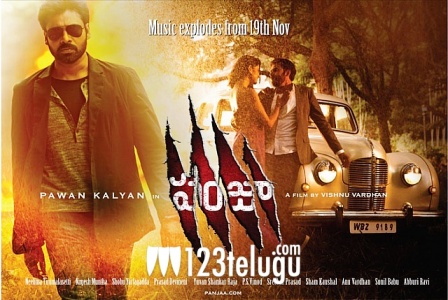 The audio album of Power Star Pawan Kalyan’s Panjaa will be released today evening in a massive and grand way at the Gachibowli Indoor Stadium. There are tremendous expectations on this movie and the teasers have only increased the hype. Yuvan Shankar Raja has scored the music for this film. Sources say that some terrific live performances have been planned at the audio launch. Megastar Chiranjeevi is expected to grace the function.

The movie has been directed by noted Tamil Director Vishnuvardhan. Anjali Lavania and Sarah Jane Dias are the heroines for this movie. The movie is said to be set in the city of Kolkata. The movie has been produced by Shobhu Yarlagadda and Neelima Thirumalasetty jointly.

We will be bringing you live updates from Panjaa Audio Launch Function, so keep visiting 123telugu.com for exclusive and rocking updates from today’s function.