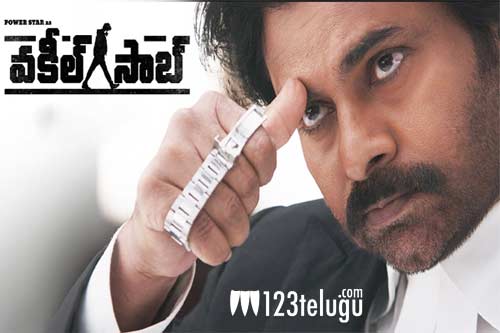 Hero Pawan Kalyan’s highly-anticipated comeback film, Vakeel Saab, has wrapped up its censor formalities earlier today and received a UA certificate from the CBFC panel. The film is all set for a grand worldwide release on April 9 and expectations are sky-high among fans and trade circles.

Meanwhile, Vakeel Saab’s advance bookings have commenced in Hyderabad and out of 215 shows, nearly 98 percent shows are either sold out or fast filling already. Going by this craze for the tickets, we can expect several day 1 and weekend records getting smashed in the twin Telugu states once the film hits screens.