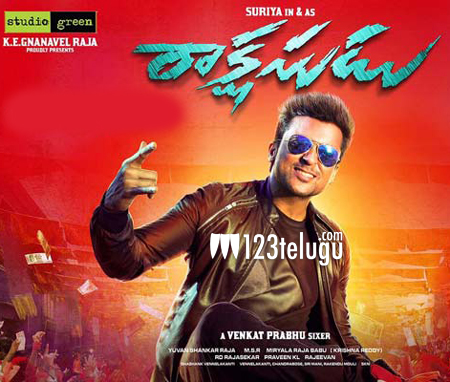 Suriya’s ‘Rakshasudu’ finally hit the screens yesterday. The Venkat Prabhu horror flick saw massive openings all over the Telugu states of Andhra and Telangana. Suriya is quite popular in Tollywood and proved his worth with the massive openings.

Masss also had a decent release in the overseas. Suriya is seen in a double role in this flick which has Nayanthara and Pranitha as the female leads.

Suriya’s last film, Sikandar failed big time and the star hero has pinned his hopes on the success of this project. Reports coming in are positive and we need to wait and see how would the film would fare in the coming days.