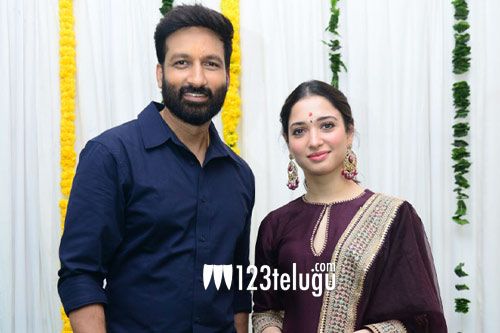 For the first time, hero Gopichand and Tamannaah are teaming up with each other for a sports drama based on kabaddi. The film is being directed by Sampath Nandi, who had earlier directed Gopichand’s Gautham Nanda and Tamannaah’s Racha.

As per the latest buzz, the makers have zeroed in on Seetimaar as the film’s title. The title is massy and also suits the story well. In the movie, Gopichand will be seen as a coach of the Andhra women’s kabaddi team while Tamannaah plays the course of the Telangana women’s kabaddi team.