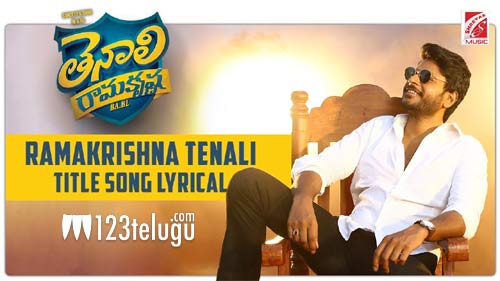 After the catchy Kurnoolu Katthiva song, the makers of Sandeep Kishan and Hansika’s upcoming romantic comedy entertainer, Tenali Ramakrishna BA BL, unveiled the film’s title song today. The song is massy and peppy and turns out to be yet another catchy number from the album.

The title song has been sung by Sai Madhav who breathed energy into the cheeky lyrics penned by Bhaskarabhatla. Music composer Sai Kartheek has come up with an easily hummable number once again. Sundeep Kishan will be grooving to the mass beats on the big screen.
Tenali Ramakrishna BA BL is slated to hit screens on November 15. G Nageswara Reddy is the director and Naga bhushan Reddy, Sanjeeva Reddy, Roopa Jagadeesh and Srinivas Indumuri are the producers.