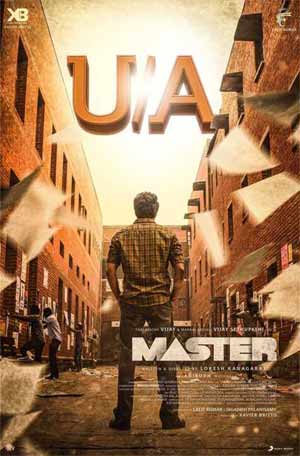 Master is one film that many are waiting for eagerly. The film has Thalapathy Vijay in a lead role and is directed by Lokesh Kanagaraj. Slated to release on the 13th of January, the film’s teaser was released recently.

The latest update is that the film has wrapped up its censor with a U/A certificate and is ready for massive release now. The film stars Malavika Mohanan as the heroine and star hero, Vijay Sethupathi as the main villain.

Mahesh S Koneru is bringing this film to Telugu. Anirudh scores the music for this action entertainer.