Matinee Entertainment announce their next with Taapsee
Published on Jul 6, 2021 11:00 am IST 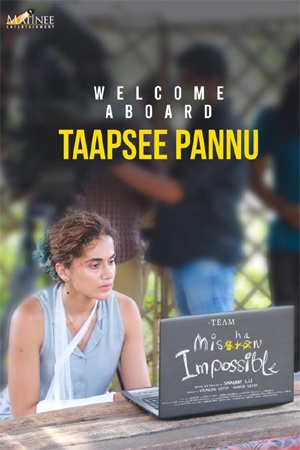 Taapsee is one actress who is doing some crazy films back to back. She was last seen in the Hindi film Haseen Dilruba which was an average fare.

Now, after a long gap, she has signed a Telugu film named Mishan Impossible. By the title, it is clearly revealed that Taapsee has lost someone and is looking for him.

Swaroop R S J will be directing this film whereas Niranjan Reddy will produce this film on the Matinee Entertainments banner. More details of this thriller will be out soon.