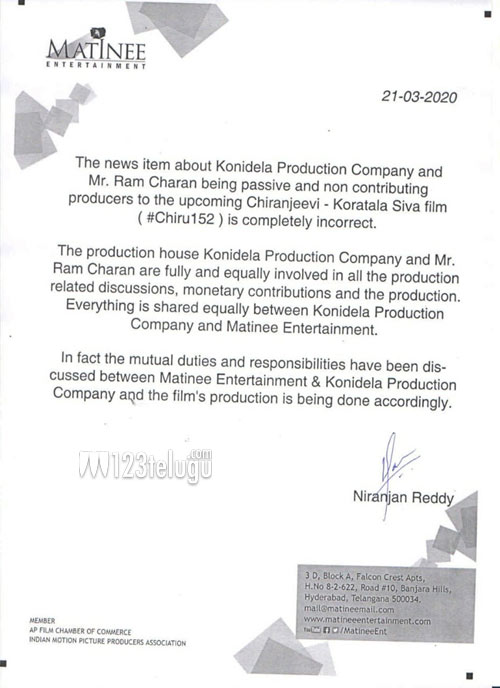 Meanwhile, there have been several rumors for the last few days saying that Ram Charan is not actively involved in Chiru152’s production and other logistics. The rumors went on to speculate that Charan is only milking big bucks out of the project.

But Matinee Entertainment’s Niranjan Reddy today issued a public note, trashing all the rumors on Charan. He said that Charan is fully co-operating and is actively taking part in Chiru152’s production formalities. The producer further said that even the matters related to money are being equally shared between both the production houses. Well, this should put an end to all the unnecessary rumors.