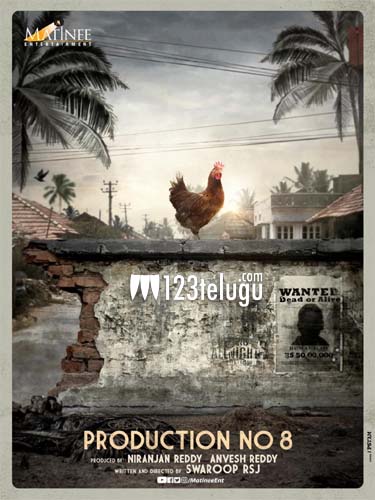 Swaroop RSJ made his directorial debut with Agent Sai Srinivasa Athreya was critically acclaimed and was a commercial hit. Now, the latest news is that Matinee Entertainment known for their distinct commercial successes like Kshanam, Ghazi, and Gaganam, has announced a film with him.

The talk is that for his second directorial venture, Swaroop has opted to a unique subject on the lines of a bounty hunting film set in a village near Tirupati. The film might go on floors in December and pre-production is on as of now.