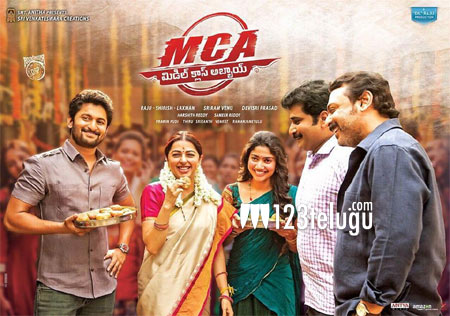 After two straight hits with Nenu Local and Ninnu Kori this year, hero Nani was looking to score a hat-trick with his latest release, Middle Class Abbayi (MCA). The film opened to packed houses in the US and both the Telugu states.

In the US in particular, MCA has already become the career best opener for Nani. Until the latest updates, MCA has grossed close to $264K in 119 screens from the premieres alone, surpassing Nani’s previous best Nenu Local’s $168K with a huge margin. It will be interesting to see if the film will touch the $300K mark at the end of the day.

Sai Pallavi and Bhumika are the other major highlights of MCA. Sriram Venu has directed MCA and Dil Raju has produced it. DSP is the film’s music composer.