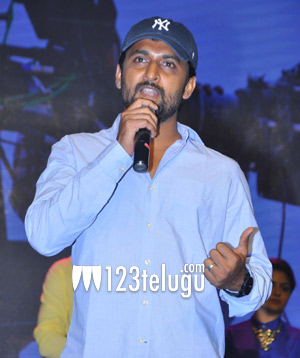 Nani said that he always knew how good an actor Naresh was and that he had argued with him several times, asking him to change his track from the typical comedies to performance oriented realistic stories. Nani said that Meda Meeda Abbayi’s trailer has given him a positive feeling and that the film will set a positive trend for Naresh.

Meda Meeda Abbayi is an official remake of the Malayalam hit, Oru Vadakkan Selfie. The film is hitting the screens on September 8. Prajith, who had directed the Malayalam original, has directed the movie and Boppana Chandrasekhar has produced it. Malayali actress Nikhila Vimal is the female lead.