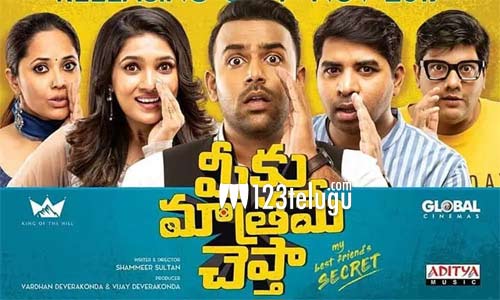 The film received some mixed reviews but is holding well with its target audience as it had a good occupancy in the multiplexes of both the Telugu states today.

The film is targeted at the youth and they seem to have liked the film. Shammir has directed this film which had Tharun Bhaskar as the main lead.